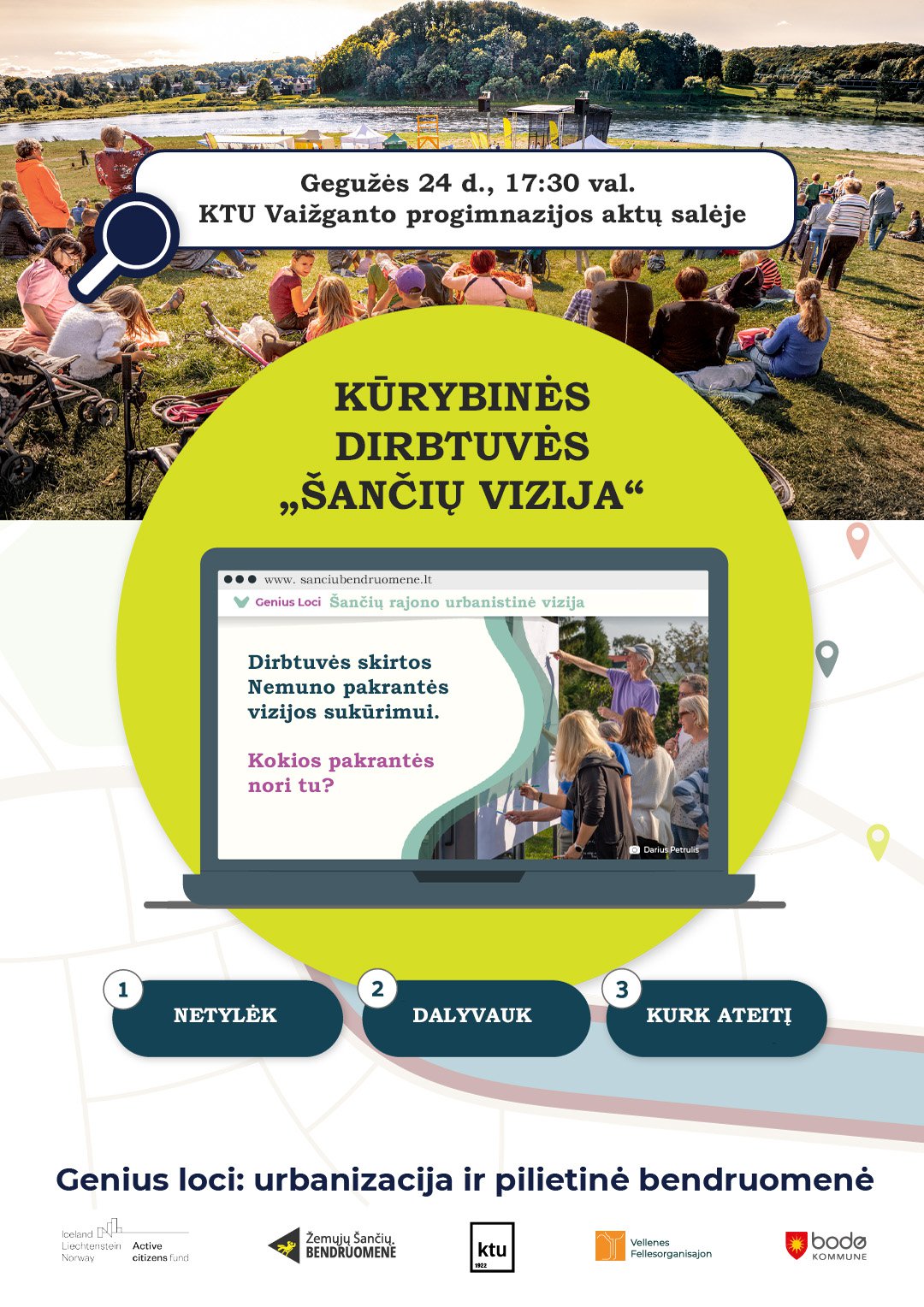 The vision of the Nemunas riverbank

The fact that the street is the only possible vision of the Nemunas river bank in Šančiai is resisted by the community of Šančiai and the 6,000 people, who in 2019 signed the petition manifesting that the street in the picturesque recreational area of ​​Kaunas is unnecessary and not needed. The public twice rejected the design proposals of the Nemunas waterfront street, demanding participation in the initial design stage and decision-making. During that time, the community of Šančiai presented their specific proposals: to create a park with pedestrian and bicycle paths at the river bank. In the third presentation of the vision of the Nemunas bank, which took place on May 12, 2022, Kaunas municipality representatives did not offer alternatives to the street again. Once again, public comments and suggestions were not taken into account in the developing the new vision.

The community of Žemeiji Šančiai is convinced that the street is not the only possible vision of the coast, so it invited local residence to a creative workshop. The workshop was held on May 24, from 5:30 p.m. at KTU Vaižgant pro-gymnasium hall (Skuodo st. 27, Kaunas). The workshop was conducted by the professors of KTU Faculty of Construction. 50 participants from Šaniai district and other areas of Kaunas took part in it. Duration - 4 hours.

The aim of the workshop was to involve in the participation and decision-making everyone who wants to speak about the vision of the Nemunas bank. The DOT methodology was applied in the workshop.

The community of Shančiai is currently implementing the project "Genius loci: Urbanization and Civic Community" financed by the EEA and Norwegian Financial Mechanisms and the Active Citizens Foundation, which aims to activate citizenship and public participation in decision-making. Three interactive maps were created during the project: the "Memory" map collects data about the district's past and personal stories of people, the "Present" map shows public spaces that are actively used by local residents, the "Nature" map collects data about species and habitats. Currently, the maps have more than 1000 informational records uploaded by the users of the maps. The accumulated knowledge is extremely significant in creating the vision of the district, so it will be used in the first urban vision workshop for the Nemunas coast. Later, workshops will be implemented for other areas of the district. 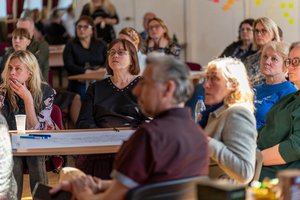 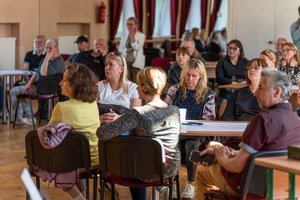 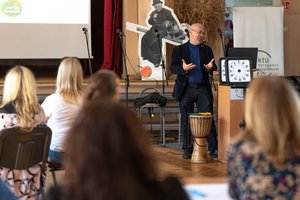 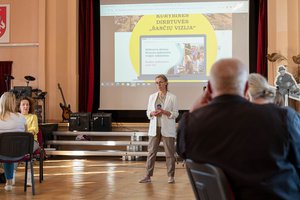 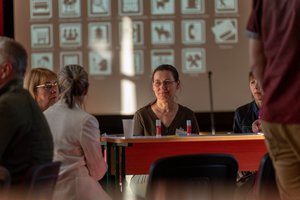 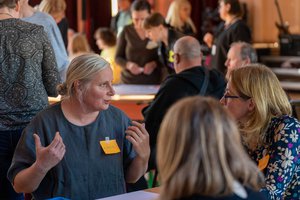 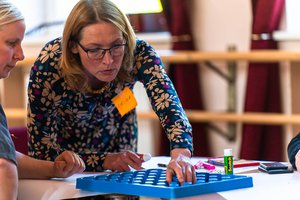 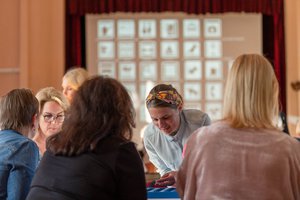 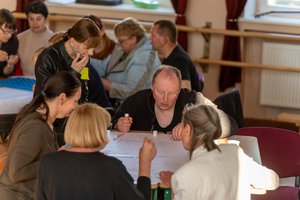 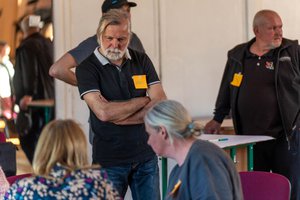 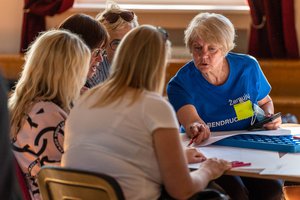 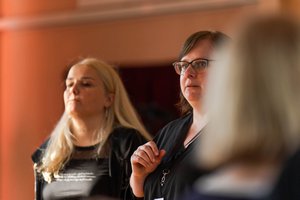 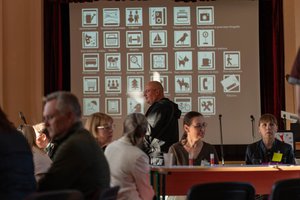 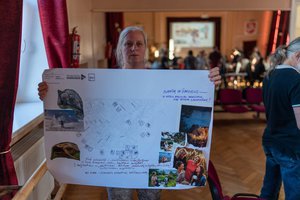 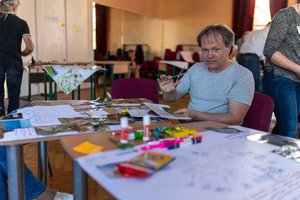 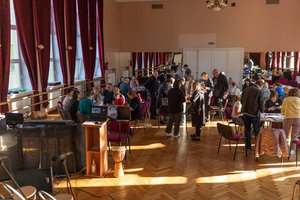 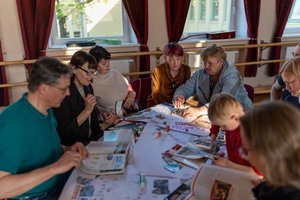 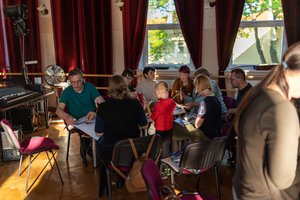 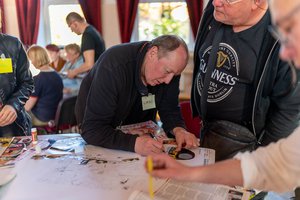 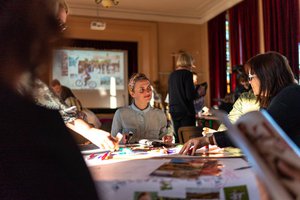 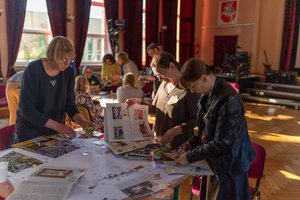 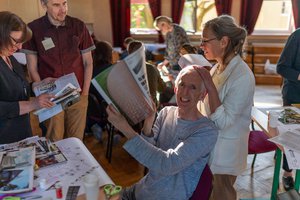 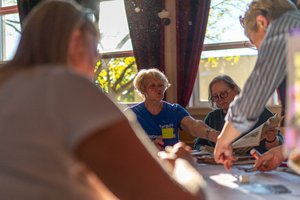 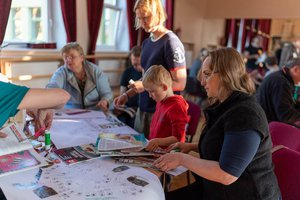 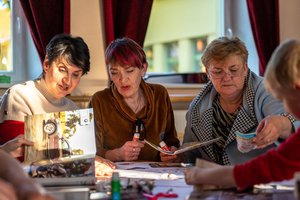 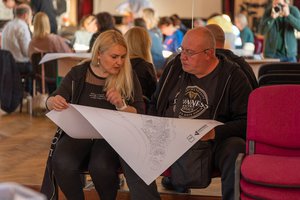 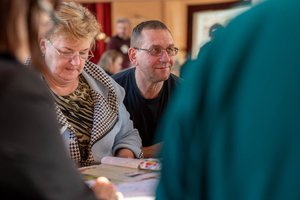 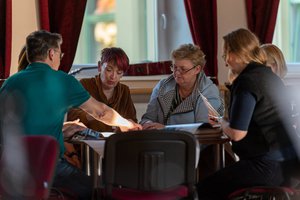