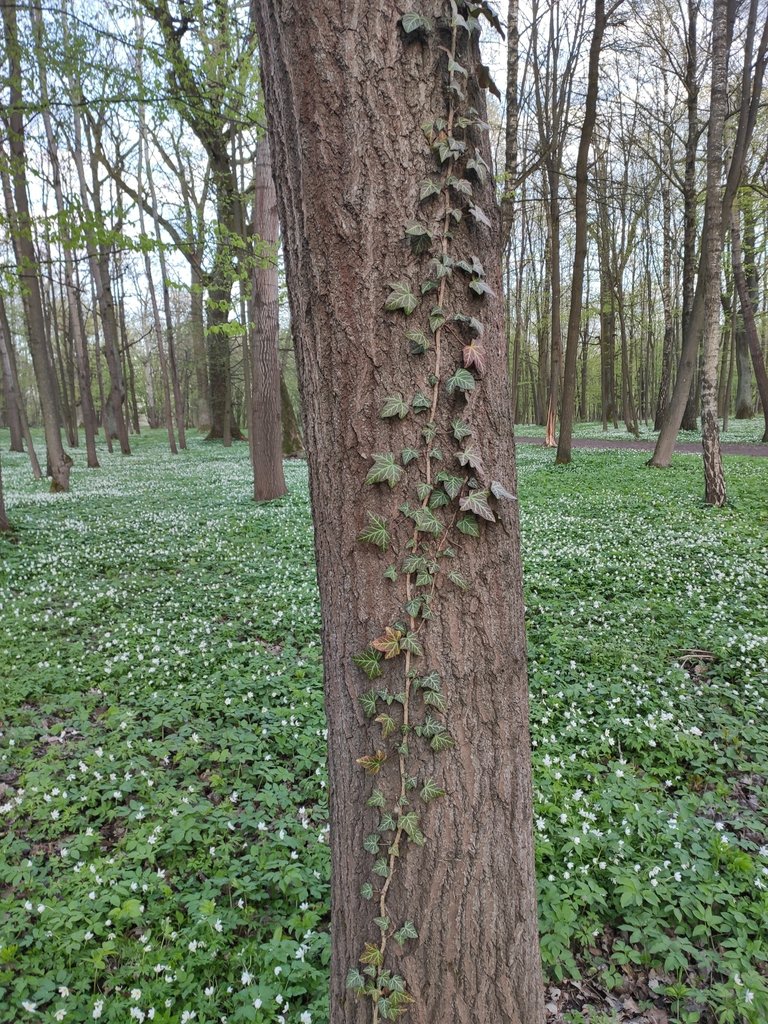 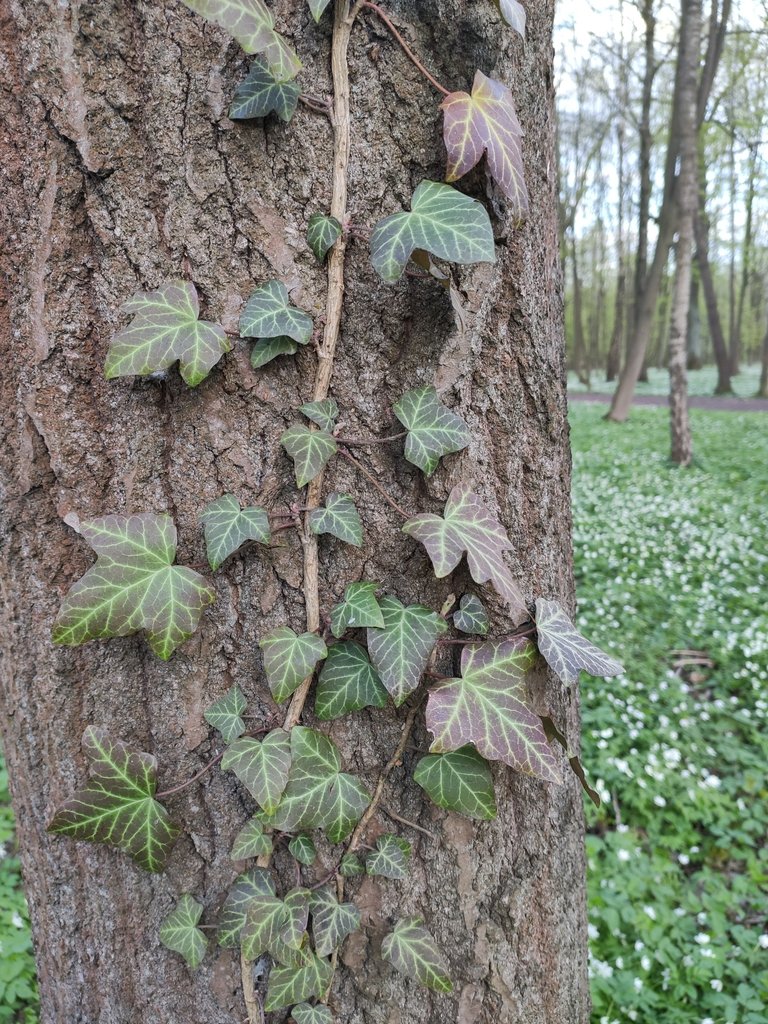 This species is listed in the Lithuanian Red Data Book, the protection status category is Near Threatened (NT B1+2)

The northern boundary of the European ivy range is passing through Lithuania. It grows naturally in the forests of the southern, southwestern and central parts of Lithuania. It is grown throughout the territory of Lithuania as an ornamental plant in homesteads and cemeteries. It is a perennial, woody, evergreen liana with aerial, budding roots. It blooms from September to October, the berries ripen in March-April and last all year round.

In Lithuanian forests (in temperate climates) European ivy does not bloom, it reproduces vegetatively. In cold winters, it freezes over the snow, so most of the tree trunks rise only about 1–1.5 m high, the highest was observed to rise up to 4 m.

The main threats are deforestation, trampling, excavation and relocation to homesteads. Adverse climatic events can also have a negative effect, such as freezing in cold, snow-free winters or freezing altogether.